What If A Genie Granted Andrew Grey, #Author of THE GIFT, 3 Wishes?

"From the Mountain" by L.L. Crane 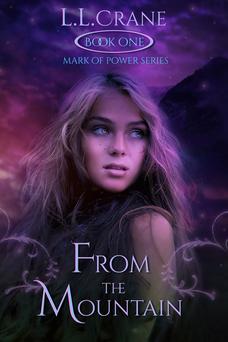 What would you do if you were one of the last of your kind on earth? Sixteen year old Teak’s Mark of Power has kept her alive, but will it last? Although she is a trained killing machine, it isn’t by choice. Slated to be one of Siv Gareth’s elite soldiers, her life seems to be on course, but she has a decision to make. Does she follow her father’s wishes and become a soldier, or chase after her own dreams of training dragons?

Persecuted, shunned, and tortured because of her skin color, Teak is mad, and somebody is going to pay for it. Siv Gareth’s race war has just begun, and now that the Purity Law has passed, the Destroyers are out in hordes to kill her and any others with light skin. When she shoots an arrow at Siv Gareth, a chain of events unwinds that ultimately threatens her very existence.

Accustomed to going it alone, Teak finds herself on a long journey with a group of inept teens, and she must learn to depend on them…or die. When two boys enter the scene, one irritating and the other mesmerizing, Teak wonders if she has a shot at a normal life. But will her lack of Power and skin color ruin it? This dystopian society novel, Book 1 in the Mark of Power Series, is riveting with suspense, action, betrayal, and the brimming hope of romance.

The other boy seems sullen, his arms crossed over his chest. He is leaner than the Light Skinned boy with an olive complexion and coppery curls that frame his face. His jaw is firm, solid, and his eyes are a vivid green, like emeralds or green diamonds…if such a thing existed.

“Geez, what happened to you?” the Light Skinned boy asks. I blink my eyes a few times, trying to understand what he is talking about.

“What?” I manage to say as I turn to close the still opened door.

“You’re covered with blood.” I glance down at my healing robe. When I woke up this morning it was white…but it would be difficult to tell that now.

“Emergency,” I squeak out, swallowing to clear my throat.

“What, did someone get his head chopped off?” It is the Light Skinned boy, and his golden eyes are twinkling, as if he is enjoying this.

“Yes…well, actually it was a woman.”

L.L. Crane lives in a remote area of Northern California with her two horses, six goats, three dogs and two cats. When she was a child, L.L. Crane dreamed of being a writer. She used the name, “Katie Bush” as a pen name for the famous writer she hoped to become, cranking out book after book on her mom’s old blue typewriter.

As life often has twists and turns, L.L. Crane found herself becoming anything but a writer. She graduated with a B.A. in Education, even though she was honored to begin her college career with the aid of writing scholarships.

After becoming a teacher, raising three children primarily on her own, as well as owning and operating a business, L.L. Crane finally pursued her dreams and began writing novels. She brings her own experiences from teaching and her love of animals to her stories.